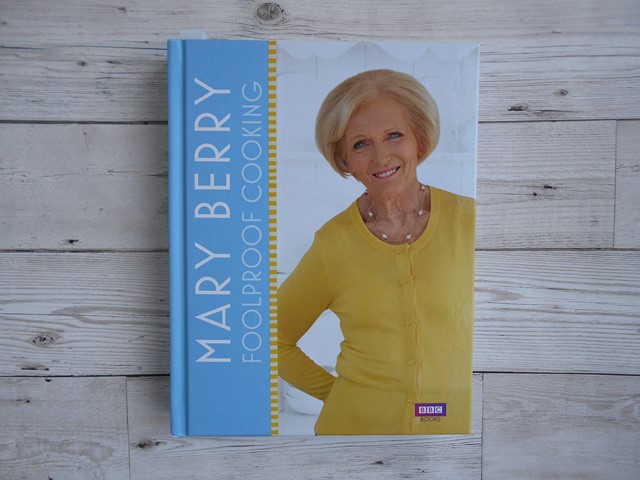 This year I'm taking part in the Cookery Calendar Challenge organised by Penny. The idea is simple: the first week of every month, choose a cookery book from your shelf and, over the course of a month, make two recipes from it that you've never made before.

My pick for June was Mary Berry's Foolproof Cooking. Although we love Queen Mary's baking, it's not a book I would probably have picked up if it hadn't been a birthday present. Well, more fool me as I ended up making three recipes and all of them were winners. 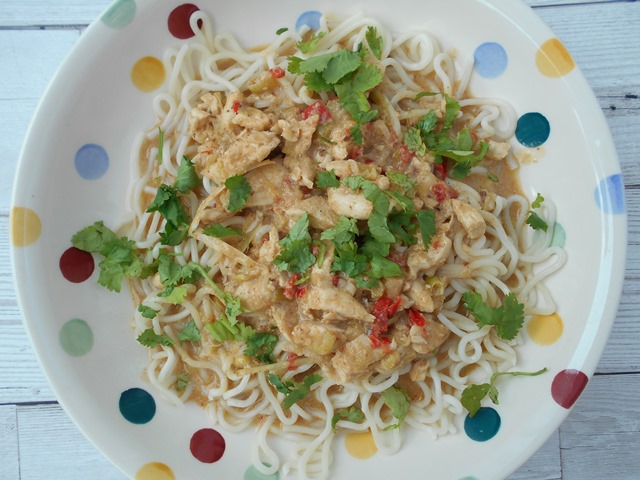 I've made laksa before but this is the first time I've made a spice paste to toss the chicken in before cooking it. It's a method which works really well as the chicken is already full of flavour before it goes in the broth. I'll be using this method in future. 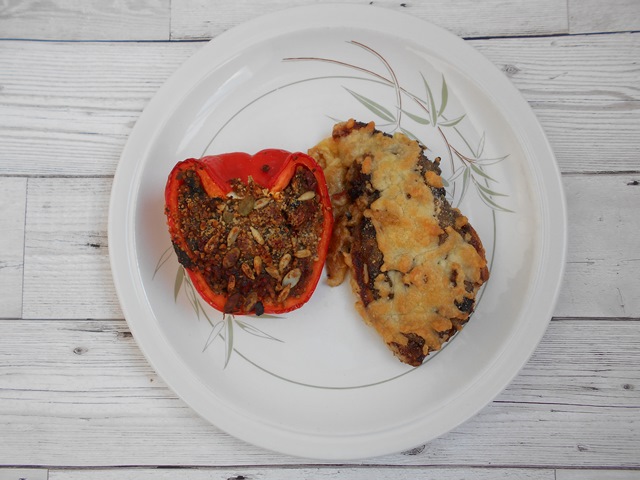 Pork chops with a mushroom crust

OK, so this doesn't look very exciting on the plate. It really needed something green too but we were saving ourselves for a big dessert! The pepper was an Aldi buy and very tasty: filled peppers with sundried tomato, quinoa and couscous.

But what about the pork? I confess I didn't follow the instructions to the letter though I did use exactly the same ingredients. The instructions wanted you to cook the pork chops and leave them to cool, spread the chops with mustard, cook onions and mushrooms for ages, pile them on the chops and sprinkle with breadcrumbs and cheese before putting it all in the oven. I couldn't be bothered waiting for food to cool so piled the onion/mushroom mixture on as soon as everything was ready. As far as I can tell, it didn't make any difference. I also thought I might have used too much mustard but there was just a gentle heat. Lots of lovely flavour to counteract the blandness of the pork and another I'll be making again. 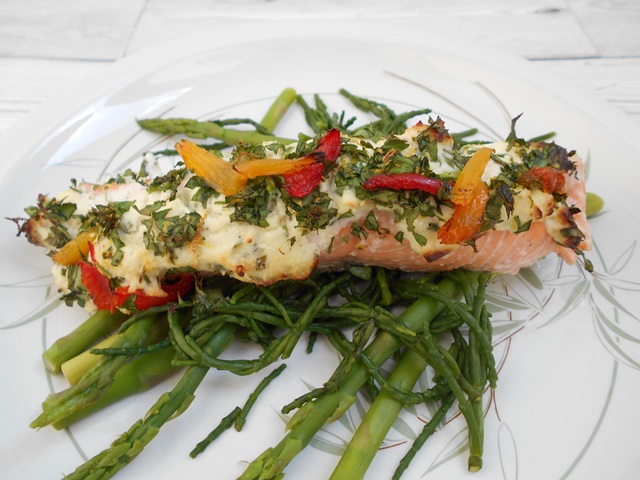 Last up was  Salmon fillets with herbs and roasted peppers. We love salmon anyway but the cream cheese and garlic topping worked really well. A quick and easy weekday meal.

A hat-trick of successful recipes from Mary then and there are lots more I've highlighted to try. 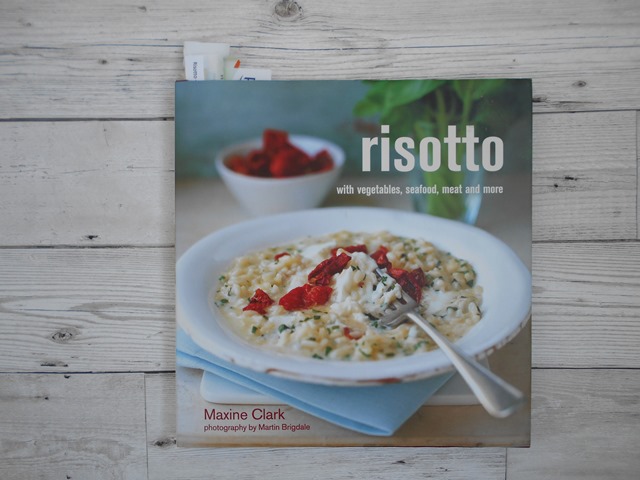 Next up is Maxine Clark's risotto which may be tough as I've made lots of recipes from it before.

Have a lovely weekend everyone. x
Posted by Julie at 19:57
Labels: Cookery Book Challenge

Julie
Hello and welcome to my blog. This is the journey of my life: places I visit, things I see, crafting, cooking, gardening. Travelling with me is my daughter, 'Chickpea'.

All words and images are mine unless otherwise indicated. Please do not use without my permission.